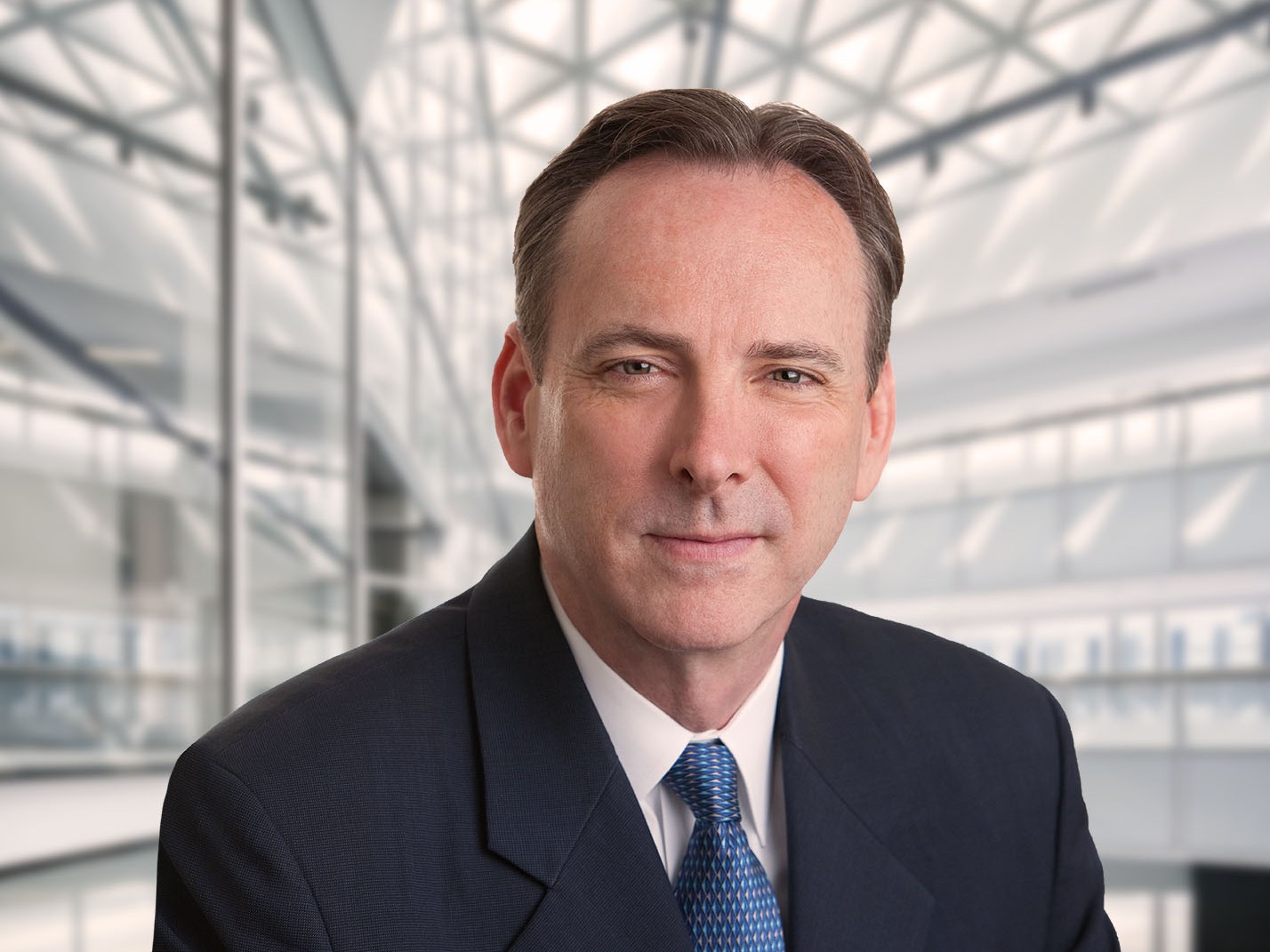 Developed countries experienced the largest FDI decline, which slipped by 69% to $229 billion. On the other end of the spectrum, emerging economies attracted 72% of the global Foreign Direct Investment in 2020, with $616 billion and a yearly drop rate of only 12%.

How Covid-19 Hit Differently on FDI in Asia and Europe

Asia attracted a significant amount of cross-border investment, accounting for more than half of global FDI. In China, Foreign Direct Investment increased by 4%, resulting in the country overtaking the US as the world’s largest FDI recipient in 2020. Investment in China was driven by M&A in the Information Technology, Communications, E-commerce, and Pharmaceutical sectors. Likewise, FDI inflows increased by 13% in India, which received more than $30 billion in the first half of the financial year ending March 2021. China and South Korea boosted investment in Indonesia, respectively by 11% and 64%.

Europe, on the other hand, observed different trends. In Romania, the value of Foreign Direct Investment contracted by over 60% to €1.92 billion, however Turkey attracted $8 billion in 2020 and experienced a slower-paced decrease compared to global figures. Finally, Africa and Latin America recorded the largest contractions for many FDI components, including M&A, Project Finance, and Greenfield Investment.

What Measures are Governments Taking?

It is undeniable that the COVID-19 pandemic affected Foreign Direct Investment activities worldwide. However, national governments have been taking different approaches and actions to either incentivize or discourage foreign direct investment. Research shows a sharp division between interventionist and protectionist governments, and the more liberal, FDI-seeking regimes.

In 2020, the Spanish government enacted three Royal Decree-Laws to avoid opportunistic foreign investments in sensitive industries. The new legislation aims to suspend the liberal FDI in Spain, by amending the definition of Foreign Direct Investment and lowering shareholding benchmarks. According to the new Spanish laws provisions, investments will be subject to scrutiny and authorization, depending on their value, investor’s provenience, and sector of operation.

Likewise, in November 2020, Britain implemented the National Security and Investment Bill, which introduced a new regime for monitoring inward investment on national security grounds. The bill gives the government the power to block a transaction if the Investment and Security Unit (ISU) – an institution yet to be established – has concerns.

The British piece of legislation has a wider scope than the Spanish one, since it applies to all sectors setting lower investment thresholds while equipping the government with great power of intervention, also applicable retrospectively. Despite the restrictive regimes imposed by the three Royal Decree-Laws and the National Security and Investment Bill, in practice, both countries expressed their intention to remain business-friendly. Prior to introducing the Bill, the current British Prime Minister launched a new Office for Investment aimed to improve UK’s attractiveness for foreign investors. Nonetheless, this move might be regarded as controversial, as that the new Bill threatens to radically change the investment environment in the UK.

Australia followed the protectionist trend as well, blocking a $300 million takeover offer by a Chinese state-owned company for a local building contractor, on national security grounds. On January 1st, 2021, Canberra enacted new foreign investment rules (FIRB), set out to hand the government greater powers as to proposed investment review and scrutiny. According to experts, the new regulations signal a stricter approach towards M&A and FDI in the country.

Finally, Czech Republic introduced the Act on Foreign Direct Investment (FDI Act), which will come into force on May 1, 2021. Under the new Act, investors from outside the EU investing in strategic sectors of the Czech economy will have the obligation to obtain prior clearance from the Ministry of Industry and Trade due to security reasons.

Exceptions to the protectionist trend are countries such as China, Chile, the United Arab Emirates, Ireland, and India, amongst others. For instance, the Indian government has recently proposed to raise the sectoral cap in insurance from 49% to 74%. This move is aimed to attract greater oversea capital inflows to help enhance insurance penetration in the country, as well as create new jobs. New Delhi is seeking Foreign Direct Investment specifically from companies intending to diversify manufacturing operations away from China. Besides relaxing FDI norms in sectors such as coal mining, contract manufacturing, and single-brand retail trading, on February 1st 2021, the government unveiled special outlays for the manufacturing, infrastructure, and textiles industries to further attracts foreign investors.

Likewise, China has recently singed the Comprehensive Agreement on Investment with the EU and the Regional Comprehensive Economic Partnership trade deal with mainly Asian countries, that further emphasizes China’s FDI-friendly position. Besides, Ireland wishes to maintain its reputation as a leading FDI location, given the positive impact of foreign direct investment in the country experienced in the past few years.

Case Study: A Practical Implementation of FDI Policies in India

Occasionally, a country’s formal position as to Foreign Direct Investment is virtually inconsistent with its actions. It is crucial for businesses to go beyond governments’ statements to understand the domestic FDI environment in foreign countries.

In December 2020, India lost an international arbitration case over a tax dispute against British firm Cairn Energy. New Delhi is liable to pay $1.4 billion to the energy company, after being found in breach of its obligations to Cairn under the UK-India Bilateral Investment Treaty. Despite India positioning itself as a viable alternative to China, aiming to lure Foreign Direct Investment, in 2012, the Indian government changed the tax code to give it more authority to claim taxes from companies retrospectively. In 2014, New Delhi claimed that Cairn owed $1.4 billion in capital gains on Indian operations listings back in 2007 and demanded the sum to be paid in taxes. However, the international tribunal found in Cairn’s favor, awarding the British company damages of US$1.2billion plus interest and costs.

By implementing “tax terrorism” policies, India will discourage FDI, impacting its image as a tax-friendly jurisdiction.

In these uncertain times, where governments are increasing regulations to exert greater control over FDI transactions, it is vital for companies to be aware of the legal context and policy nuances in foreign jurisdictions. FDI regulation is affected by cross-currents of economic and fiscal policy, political trends such as nationalism, and perceptions of competitiveness in global markets, which are factors beyond the control or merits of an individual enterprise. Often, a lack of transparency or a lag in publishing regulations and interpretations works to the disadvantage of foreign companies. A law firm with wide local connections and subject matter expertise can be a lifesaver, and First Law International maintains a network of precisely such local experts with a finger on the pulse of government and commerce.

First Law International relies on a robust global network of highly ranked independent law firms specializing in providing clients with solutions for cross-border legal support in over 100 jurisdictions. Our clients enjoy a single coordination center and a single point of billing for all services without having to deal with a multiplicity of firms in different countries, at different rates and currencies. FLI has also designed and developed proprietary digital software program which enables clients to minimize transactions times, cut down costs and enhance collaboration and engagement amongst clients and law firms worldwide. With expertise in over 30 industries, FLI is highly skilled at offering a truly innovative, high-quality value proposition service to assist GCs in FDI transactions.

Scott leads the Americas Management Team. Previously a partner at WilmerHale, Scott advises private and federal clients in technology and is regarded as a leading authority in intellectual property and international trade. He has served as an advisor on privacy, data protection and digital identity to various Fortune 500 entities as well as government organizations.

With extensive experience in all matters related to data protection and cybersecurity, in both consumer and human resources contexts, Scott is an expert in a wide range of legal issues that companies face in online and mobile business, especially across borders.

Empirical evidence and literature show an overall positive relationship between FDI and economic growth. Research found that Foreign Direct Investment and commercial transactions are the most relevant factors in any country's economic growth.

The Omnibus Law on Job Creation (Undang-Undang Cipta Kerja) was approved by the Indonesian House of Representatives (DPR) earlier this month. This bill is one of the key priorities of the Jokowi administration. With the amendment of 76 existing laws, it is aimed at reducing bureaucracy and boosting investment in the country.

With the passing of the Omnibus Law, Indonesia is now awaiting the technical regulations to implement the momentous statute. The law introduces high-level changes to the country’s business regulatory framework, serving as a major step towards boosting the Indonesian economy and the recentralisation of government power. The amendment of thousands of articles within 76 existing laws will create a far-reaching effect throughout all industries in Indonesia.